When the system spectacularly fails 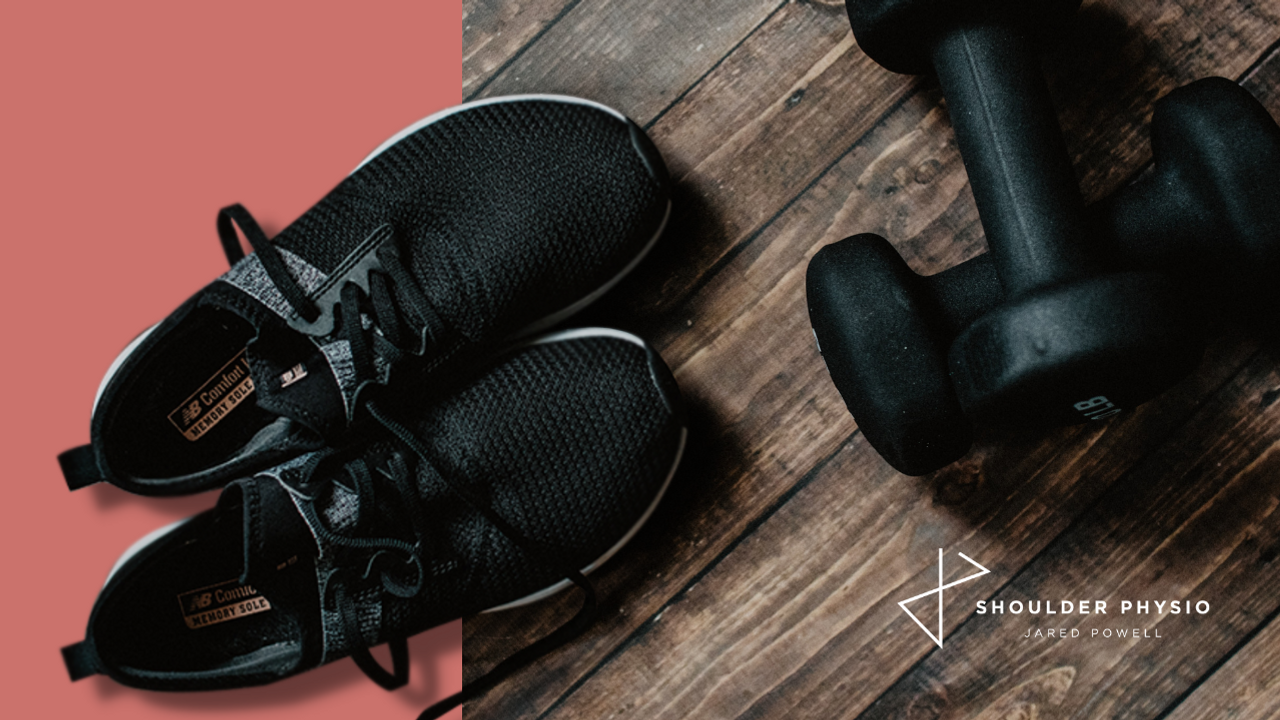 Hi. Back with another blog. I don't mean to only do these when I have a bone to pick, but alas here we are. Last week I posted a series of stories on Instagram detailing a sobering case of a 74-year-old male who presented to me with chronic bilateral shoulder pain. Many of you wanted to know more. Due to the limitations of SoMe in thoroughly working through a case like this, I decided a blog would better convey my thoughts. Here goes.

The man (let’s call him Bill), 74 years, presented to my shoulder clinic with 6-7 years of bilateral shoulder pain. Bill is an extremely active man and describes participating in regular dancing and walking and would love to return to kayaking, shoulder(s) permitting. He was cautioned against kayaking when his pain first developed. Bill can’t recall any traumatic mechanism that led to the onset of his pain – rather he said;

"it just brewed over a period of months, until it started to interfere with my hobbies, that’s when I really took notice”.

Being a man in his 70s, the natural thing for Bill to do was visit his local GP for opinion and a plan. He's done this countless times since the onset of his pain. Being trained in the biomedical paradigm, his GP refers for a series of investigations, namely x-ray and ultrasound. The x-ray is clear, the right shoulder ultrasound reveals:

Based on the results of the above, the GP reasons that his pain must be coming from one or several of the above pathoanatomical findings. As such, biomedical logic dictates, the prudent management plan would consist of trying to reverse or minimise this ‘pathology’. Degenerative tendons do not really improve from a structural perspective, the GP knew this (I suspect), thus focused his attention on the bursa, promptly referring for an ultrasound guided corticosteroid injection (CSI). The first injection helped and drastically reduced his pain. The relief lasted for several months. The pain ultimately returned. So far, this story is not so absurd or even wrong, even if we might disagree with the plan. The management plan implemented by the GP makes perfect sense when you view pain as a sensation arising from peripheral tissue damage. However, the next part of the story is befuddling and lazy medicine.

Over the next 7 years, Bill was subjected to 2 or 3 injections into his shoulders every year. In the 6 months before he presented to my clinic, the frequency escalated and he had received 6 injections! (1 a month for 6 months each side). If you do the math, this equates to roughly 20 each shoulder injection over the lifetime of Bill's shoulder pain. You might ask, why did Bill allow this to happen? I don’t think we can underestimate the faith and confidence that people of Bill’s generation hold in doctors and surgeons, and rightly so. Bill has lived through times where novel medicines and surgeries have saved and improved millions of lives. Why not trust this system absolutely? The fault does not lie with Bill. However, the health care practitioners that Bill visited, must be held to account.

Bill visited physiotherapists, osteopaths, massage therapists, acupuncturists, and surgeons. He took pain medications, received corticosteroid injections, and used various gadgets to control his pain. The diagnoses Bill received ranged from impingement to arthritis to rotator cuff tear to muscle imbalances and an inflamed shoulder. Bill recounted to me that his shoulders

"were worn out, probably due to his sporting youth” and “impinging or rubbing when he raised his arm” and “had nerves trapped"

which was causing or contributing to the pain. Bill recalled he had done some exercise for his shoulders over the years – he continued to show me a posterior shoulder stretch and a doorway stretch. There were some others but he couldn’t remember. Alarmingly, Bill suggested he had been told to perpetually avoid overhead reaching and was not to put his hand behind his back. Kayaking was certainly a no-go and he had to modify his dancing technique with his wife so as to not to put too much pressure on his shoulders. Effectively, the narrative Bill heard was “your shoulders are frail and vulnerable, there is no hope except yearly CSI, perpetually avoid certain positions, the next stop is surgery”.

Now I want to clear up some things before I proceed. I am not anti-injections. I believe they have a role in MSK rehabilitation and I have certainly witnessed their effectiveness first hand. The evidence also supports this. They can and often do provide short term relief from pain (ref). But they’re not a panacea, not superior to no injection beyond 8 weeks, and they should rarely be used as a stand-alone intervention – especially for several years with diminishing returns. The main concern I have with relying on yearly injections for the pain of any sort is the underlying belief system that will likely develop as a result, not to mention the possible catabolic effects of corticosteroid. Pain becomes viewed as a simple sensation that the right injection at the right time in the right location with the right technique is able to fix or ameliorate. This becomes a fraught thought process that can easily lead to over-treatment and reliance on low value care. It's also contrary to the best evidence we have. So, this is problematic. It’s not the injection itself, but the story that accompanies the injection that I most passionately object to. Ref for above graphic here

It’s fair to say, at this point, Bill had developed some inaccurate ideas about his shoulder pain, most of it due to false information provided by health care practitioners (we have data for this here). However, when I quizzed Bill about the injections and what he thought about receiving so many, he was intuitively suspicious of the management that had been recommended for him and was open to alternative suggestions. People in pain aren’t stupid and he knew there was something more our health care system could offer him. Bill has goals of returning to Kayaking and continuing to dance with his wife several times per week. This is the central motivating feature for Bill presenting to physiotherapy. The pain is one thing but the function of his shoulders to enable participation in valued activity is his primary goal. This is information Bill provided to his previous therapists and doctors, yet, Bill never (not once) received a structured rehabilitation plan to meet his goals accompanied with up to date advice and education. Therapists would always revert to his scan, his symptoms, his faulty mechanics, his age etc. and lead him down a pathway of fear, avoidance, constraints, and caution. Now, I don't want to be nasty to anyone (especially health care workers - for I respect the hell out of you) but at a certain point we must critically reflect on our practice and the system that we contribute to. Bill has lost 7 years of his life (at an age where time is precious) and this easily takes priority over possibly offending some of my colleagues with this blog (from all professions). We are, of course, supposed to be an evidence-based and patient-centred industry.

So, what did Bill look like functionally? Well, surprisingly good. Full elevation ROM – mild pain with abduction (some would say a positive painful arc). Some limitation with active internal rotation – more stiff than sore – and adequate power of the shoulder with simple manual muscle tests. Yes, I did manual muscle testing in this scenario to reduce my suspicion of a massive rotator cuff tear, not to get an objective measure of force output. Instead of measuring MVC with a dynamometer, I utilised some functional strength testing measures. He could do 15 reps of side lying external rotation to fatigue with a 2kg weight. He could only do 10 scaption raises to fatigue with 1kg (no pain with this). Overhead pressing was pain free but challenging. He was unlimited with pulling movements. Whilst exploring these movements and activities, Bob would say

“are you sure my shoulder can do this?” followed by “wow, it feels good to work out again!”.

So, in this case, there was an element of assessment is treatment (ref) and we spent a good 45 minutes running through movements, followed by conversation, followed by reassurance and repeat (yes, I still think reassurance is essential in clinical practice despite this RCT - because I'm human). This was quite a cathartic experience for Bill (and myself). We did not do any manual therapy; however, I manually facilitated some movements of his shoulder to experiment with symptom modification. I didn’t have to do this but found it useful. I also did not directly address or shut down Bill’s beliefs about pain. Given Bill was quite open to trialling various movements (with reassurance) his beliefs were not directly causing avoidant behaviour and I was conscious of circumventing information overload and radically tearing apart someone’s worldview for the sake of it. If this becomes a problem going forward, we will certainly address it. It can be a process and sometimes I like to introduce information in a stepped manner.

What ‘treatment’ did I provide? Well, the whole consultation was a form of intervention. The traditional treatment I provided was a home exercise program consisting of 3 exercises using dumbbells. These were simple uniplanar movements with a low load and high repetition dosage. Bill was allowed to scale up the dose when he felt comfortable. He was also allowed to scale them down depending on his experience with the exercises. Bill understood that the rehab program will likely take several months, there will be ups and downs, and this management is as good (if not better) than any other available treatments on the market. Most importantly, Bill was relieved that he had been given permission to move again, comfortable in the knowledge that no further structural harm was likely to occur secondary to the exercises. Bill also expressed motivation and drive to get better and found this easier to do with a systematic and graduated home exercise program, as opposed to ad hoc injections and acupuncture.

In summary, this case does not exist in a vacuum. There are likely many untold stories like this out there in the ether. An unfortunate side effect of the health industry we have built. I wanted to elucidate Bill’s story as a reminder of how our often very good and well-meaning health care system machine can spectacularly fail individuals. I don’t want to admonish any individuals but gently (or firmly) remind anyone who is reading to strive to practice in a way that is befitting of the person in front of them, not their microscopic 'faults'. I suspect many of you are doing this so please pay it forward :)

If you'd like to find out more about the intricacies of helping someone with shoulder pain, check out my online course below.