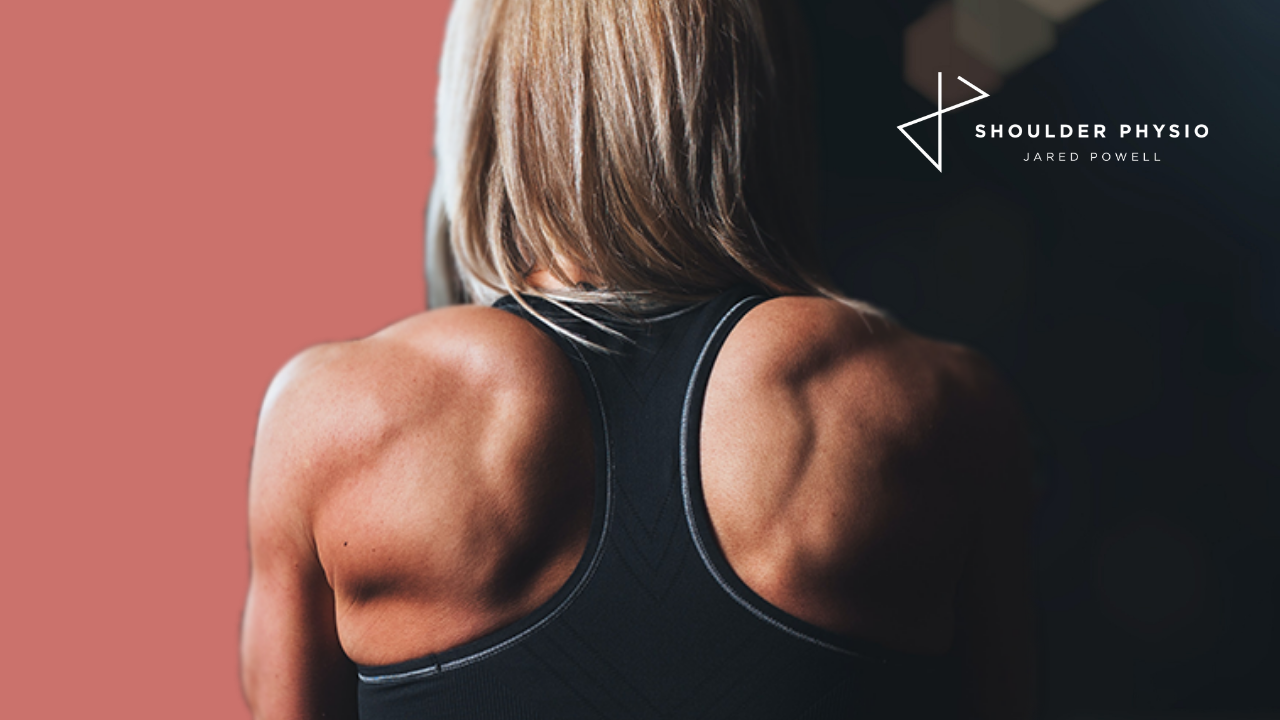 This month I'm attempting something different. Instead of a pure review of a pertinent piece of research, I will be doing a case study on "scapula dyskinesis". My intent is to apply the research to a common clinical scenario. Here goes.

Patient X is a 35-year-old male who works as an engineer. Recently, he decided to increase his physical activity after a number of years of inactivity. While no pain or injury occurred specifically, he noticed that his scapulae were asymmetrical and "weren't doing what they should". After unpacking this further, there was a perception that his scapulae were pathological, both in resting position and with movement, and he felt his scapulae "wanted to roll forward". This was impeding his ability to improve his upper limb strength and had become a persistent thought. There were no sinister signs or symptoms or a traumatic mechanism of injury. Patient X wanted an exercise regime to normalise his scapula position and motion. Usually, I examine beliefs, expectations, self-efficacy etc. in regards to the shoulder and scapula. For brevity, I'm going to focus predominately on the mechanical aspects of this condition, mentioning non-mechanical factors when necessary.

An outline (not exhaustive):

The first step was to rule out sinister pathology, which I'm confident I did. Of course, this is an often evolving phenomena and I will always re-examine every consultation.

After the subjective and physical examination, Patient X and I had a conversation. I suggested there was no strong evidence that asymmetrical scapula movement was harmful, now or in the future. I also emphasised the emergence of scapula dyskinesis is multifactorial, and some of these factors may be unmodifiable, including age, sex, genetics, and handedness. However, in this particular case, perhaps there was something we could address. As described in the physical examination, there were significant deficits in shoulder force output on MVC and endurance testing. There is evidence, to offset a fatigued or weak rotator cuff, the scapulo-thoracic joint may compensate and become more active (reference). Conceptually, this may occur to spare a vulnerable rotator cuff complex, by directing more "load" to the scapulo-thoracic joint and associated muscles. Viewed through this lens, perhaps a perceived scapula problem is adaptive or protective and an efficient response from his biological system to allow shoulder movement to occur whilst sparing vulnerable structures. This inverts the script of the scapula driving shoulder problems, perhaps it is the other way around.

We went on to discuss even if he materially improves his strength, which in time he probably will, his scapula asymmetry may remain, and this is okay. This is often a challenging point to communicate and may be hard to understand from a patient's perspective. The inherent desire for a patho-anatomical or kinesiopathological explanation for pain or dysfunction is often fundamental in humans. Probably because it is simple to understand and offers a straightforward "fix" for their particular concern. However, we know that pain and function is not solely reflected by tissue characteristics or movement profiles.

After our conversation on the role and relevance of the scapula, we then, collaboratively, constructed an exercise program for Patient X to complete independently. Now, exercise prescription for me is almost entirely patient-led, based on; goals, access to equipment, what they enjoy etc. etc. I have a rule of no more than 3 exercises unless I'm designing a gym program. In this case, patient X wanted exercises to be appropriate for the home environment. So, the 3 exercises we came up with in this scenario were:

1. Scaption raise with 2kg. An isotonic movement, at a slow and controlled tempo. This was fatiguing in the 10-12 rep range. I like this exercise to add load the rotator cuff and peri-scapular muscles in equal doses.

2. A classic external rotation exercise. Again with 2kg. This was very challenging for patient X in the physical examination, with a profound reduction in the endurance of the posterior rotator cuff. I do love this as a basic exercise and although it's not perceived as "functional" (buzz word alert) it's a great entry-level way to load the shoulder in a way that is simple and effective. In addition, I find people are often humbled when doing this exercise as it is more difficult than it looks, even to seasoned gym goers, which adds motivation to exercise! 3. Bear crawl variation. A seemingly unusual exercise to give for this clinical scenario but the patient wanted an exercise to work his "core" as well. I like these kinetic chain type exercises for a bit of bang for your buck; will elevate heart rate, axially load the shoulders, and demand some core muscle activity too, while also requiring some cognitive capacity to coordinate movement.

This is a common clinical scenario, that of perceived dysfunction of the scapulo-thoracic joint, even in the absence of pain or activity limitation. I applaud people for paying attention to their bodies, but in this case, there was nothing of substance to be concerned about. This highlights the intuitive association of postural or movement variations with pain and heightened risk of injury. I don't know whether this is built within us or is socially constructed, probably, it is a combination of nature and nurture. I see our role as using the evidence base to allay fear regarding this, emphasise the adaptability and robustness of the human MSK system, and encourage continued movement and exercise. You can even pursue interventions to minimise these movement variations if you like, as long as you don't further instil a belief of vulnerability or fragility.

More details on this in my online course!