The utility and mechanisms of scapula assistance test. 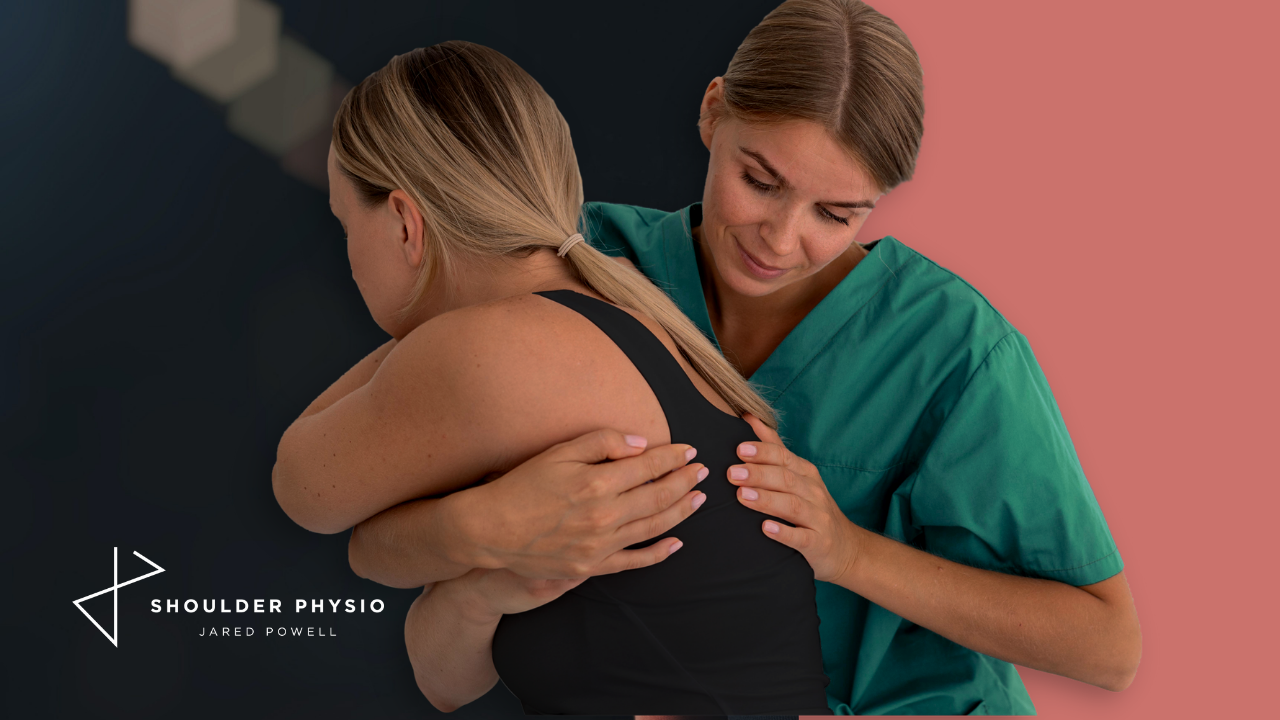 The utility and mechanisms of scapula assistance test

Welcome to another instalment of the shoulder physio literature review. This month I tackle the scapula assistance test and aim to articulate what it actually reveals about a person's shoulder. This review is inspired by a paper by Rabin et al 2018, titled "A Positive Scapular Assistance Test Is Equally Present in Various Shoulder Disorders but More Commonly Found Among Patients With Scapular Dyskinesis". This is a short and punchy read.

The scapula assistance test (SAT) was originally proposed by Kibler, 1998 (ref) and intended to simulate the action of the serratus anterior muscle. In this sense, the test is suggested to manually improve upward rotation of the scapula so as to increase subacromial space. Therefore, the test is assumed to preferentially benefit people with subacromial impingement syndrome (from here on termed subacromial shoulder pain, SSP).

Tradition suggests people afflicted with SSP often exhibit maladaptive movement of the scpaula; scapula dyskinesis (more on this in my course). However, given the problems associated with visual observation of scapula kinematics (see last literature review), the SAT was developed to troubleshoot the inaccuracy and biases of human visual perception. The SAT, at its core, is a symptom modification procedure to implicate the scapula as being a primary culprit in the emergence of a persons shoulder pain. A positive test is noted if pain associated with a shoulder movement, commonly flexion or abduction, is REDUCED after the application of scapula assistance. A positive test is meant to guide subsequent intervention, primarily directed towards the rebellious scapula.

But what does a positive test actually mean? Does it absolutely implicate the scapula as a cause for concern? Do other shoulder pathologies benefit from scapula assistance or just SSP? First, let's check the study out.

Study hypothesis: SAT would be rated positively more frequently in people with SSP as well as among people with visually observed scapula dyskinesia.

Procedure: People with all types of shoulder pain were recruited. Participants performed repeated flexion movements and a single examiner determined, visually, whether there was a scapula dyskinesia present or not according to a 4 point scale.

Following this, a SAT was performed. If the pain was reduced by 2 points or more on a VAS, this was deemed a positive test result.

Each participant also had an MRI to determine relevant patho-anatomical findings.

In total, 74 participants were recruited, with only 6 females with an average age of 36.

Of the 74 participants in the study:

Overall, 37% of people demonstrated a positive SAT. THERE WERE NO SIGNIFICANT DIFFERENCES BETWEEN THE SPECIFIC SHOULDER PRESENTATIONS in the prevalence of a positive SAT. Meaning, a SAT does not preferentially detect SSP Vs other pathologies.

So, how do we interpret this data?

It seems that a positive SAT does little for differential diagnosis. It can't rule in or out a specific pathology, therefore should not be used for diagnostic purposes.

However, a positive SAT was recorded significantly more in participants with scapula dyskinesis Vs without. Interestingly, less than half of participants with scapula dyskinesis recorded a positive SAT, revealing that scapula dyskinesis may not be a universally "bad thing" that needs correction. Instead, this test might reveal a more selective subgroup of people where scapula "malfunction" may be a component of their clinical picture. Maybe, but I'm not sure. There is no data (none, zero, nada, zilch) that suggests once a positive SAT is recorded it must subsequently direct treatment to the scapula for an adequate clinical outcome.This is an assumption only. It might even be a reasonable assumption, but this needs to be tested. Someone do this study please, here is the methodology; take a group of people with a positive SAT (maybe all with the same clinical presentation, e.g. SSP), divide them into scapula focused treatment (exercise) Vs general progressive strengthening of the shoulder complex and follow up both groups after 12 weeks and assess functional outcomes, pain and maybe even scapula kinematics (and again at 6 months and 1 year). This will determine whether a positive SAT demands specific corrective exercise (PhD idea anyone??).

What is the mechanism via which the SAT exerts its (potential) positive effect? Maybe mechanical? The SAT has in fact been shown to increase the subacromial space and facilitate upward rotation and posterior tilt of the scapula (ref). However, this mechanism of action does not adequately explain observed improvements in other shoulder pathologies where the subacromial space is not a central focus. What about the cognitive and emotional aspect? Does passive assistance of scapula upward rotation alter the context of the movement, reducing perceived threat and ultimately pain? What about the role of touch in a clinical context, could this help? It's plausible. Alternatively, does manual assistance of the scapula simply reduce the load on sensitised tissue? Much like hydrotherapy allows a deep squat in people with anterior knee pain, manual assistance of the scapula may simply just turn an active movement into an active assisted movement, reducing the internal torque required by the shoulder to raise the arm. In this scenario, assisting the scapula could reduce the load on a sensitised rotator cuff complex, for example. This could explain why 27% of people without scapula dyskinesis returned a positive SAT, it just makes the movement easier!

Before we proclaim the SAT as useless, the work of Rachel Chester (ref) has revealed the SAT may have a predictive role in clinical outcomes. In this case, a positive SAT was associated with superior outcomes versus a negative test. Why? Maybe it acted as a symptom modifier and demonstrated to the person that their pain can in fact be changed. Or maybe it revealed a portion of people with mechanical shoulder pain that respond to unloading of the cuff. Either way it is interesting.

The reality is, it probably works from a number of different perspectives simultaneously. We must accept this lack of causality in human biology.

You probably should not use the SAT for diagnostic purposes. There is an argument that you could use the SAT to guide subsequent intervention, but this has not been robustly experimentally tested. If the SAT is positive and you perceive the person to have an obvious scapula dyskinesis, I guess you could prescribe specific "corrective" exercise. We just don't know this is better than general shoulder exercise, at this stage, and we know it won't normalise scapula motion. I would like to emphasise that if the test is positive, please be aware of the likely multifactorial mechanism of action, and not focus on a strict biomechanical interpretation of causation. In summary, the SAT is seen as an alternative to visual observation of scapula motion, and while I like the premise of the test, I'm just not sure it tells us absolutely there is something aberrant with scapula movement. So, feel free to use but be careful with your explanation. Hope this helps :)